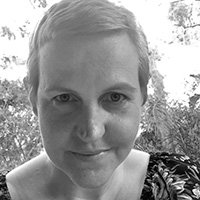 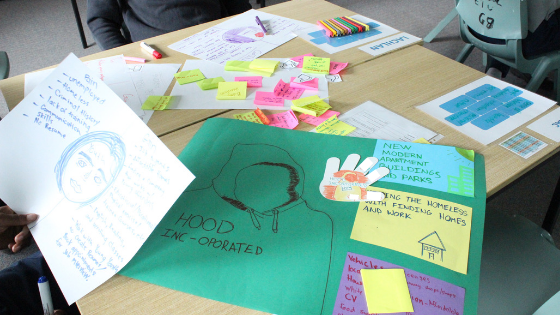 The Young Change Agents social entrepreneurship program ran for 5 days in September 2018 in the Frank Baxter Juvenile Justice facility on the Central Coast, NSW. The following post highlights the ideas developed through the program and then presented as part of the final pitch event. All names have been changed to protect the privacy of the youth.

“I want to give youth stability”, James told the pitch panel as his team presented their social enterprise solution. Their pitch was to spend $350,000 a year in each target suburb running Youth Community Movement (YCM) – a group that gives young people a role to play in reducing crime whilst being supported by mentors and youth workers. We know it as “agency” – something that James has never felt himself. “It costs $120,000 a year to have a young person in detention – if just three don’t go then it has paid for itself”. The judges nod their heads in agreement.

His team mate Tyson talks about their logo design. They mocked it up the day before using paint on shirts and are wearing them proudly. “The colours represent trust (blue), approachability (yellow) and love (red)." My heart breaks a little as he says this – I don’t know his back story or his crime, but I do know that many of these boys have missed having love in their young lives. The problem they have identified is a reflection of what they felt they were missing – stability and love. Root causes behind many of the serious crimes that these youth ultimately committed. James had promised me earlier in the week that I would be proud of their final pitch. He kept his promise. 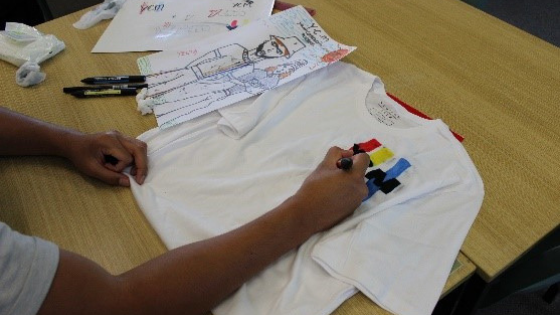 Next up is David and Albie who lightened the mood with P-Tree – a new product to help reduce the odour on the streets from people urinating in public spaces. They pitched like pros and I could see them going on Shark Tank one day. They confidently asked the judging panel, “would you prefer to pee on a public wall or on the P-Tree?”, the judges could not deny that they would prefer to pee on the P-Tree! It was a fun moment in a tough environment (detention, not the pitching day!). 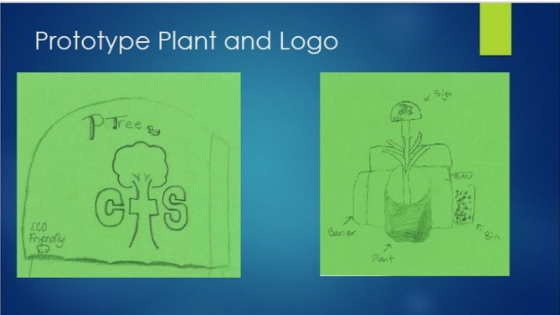 Next up stepped Jay, Will and Tomy. They had their wireframes mounted on cardboard and proudly passed them to the judges. Jay had typed up the speech and as he started I reflected that he would be scoring highly if this was a University presentation. He nailed the problem (getting unemployed youth into jobs) and the complication (no work leads to poverty and potentially crime) ensuring the judges were leaning in to hear about the proposed solution.

Workmate is an app that gives unemployed youth the opportunity to present their full capabilities in order to gain a job. It gives them a chance to provide a video profile, a project portfolio and list their current tickets and licences etc. and aspirations. Designed with the Government/Job Centres and Employers in mind, it allows those tasked with finding young people jobs the ability to match opportunities but also to remedy gaps like gaining a particular ticket or license.

Will had been a tough nut to crack all week – interested at times and then painfully disinterested at other times despite our best efforts. When he was reprimanded by the detention staff he became moody and unresponsive. On day three, I asked the class who knew how to use Excel. He raised his hand and I asked if he could come and teach the others. He remembered formulas included “SUM” and brackets and so after a quick side-refresher he worked on a sample budget for all the class to see on the big screen. After the first formula, he worked quickly – finishing the budget example in less than 10 minutes. He then headed back to his group where he was quickly appointed “Chief Financial Officer” and went to work on his team’s real budget. Sadly, he missed the pitch as he was called out just before his team went on but made it back to receive his chocolate prize (to be eaten in the room before leaving due to the strict rules at the centre).

Tomy is the third member of Workmate – from the minute we started on day one to the end Tomy was drawing something – it was clear he had a design eye and was going to be a creative force for this team. It complemented Jay’s strategy and wordsmithing and Will’s Excel/budget skills perfectly. Tomy worked on the pitch slides with Will, designed a promotional ad and put together a SurveyMonkey to gain feedback from youth. He also developed a set of questions for the Assistant Principal at the school, “Do you currently find it hard to find young people jobs?”, “What do you currently use?”, “Would our app benefit you and how?”, “What features of the app are of most interest to you?”. Following their interview, Helene said to me – “we need that app here – I can’t tell you how much time we spend going back and forwards trying to get these boys jobs. We are their first customer”. Later in the staff room she showed me the paper process currently employed. The boys were chuffed – not many people walk into their first pitch after just a few days with their first potential customer. 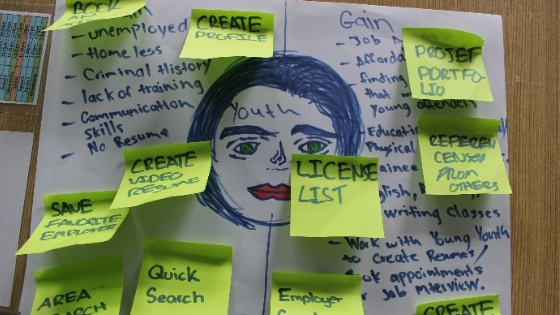 The pitch ended with the final presentation from Jackson. Jackson told a story of how he started with gusto on a worksite only to lose motivation after the first month – he hadn’t bonded with others on the job and missed his friends. Reading between the lines, he had given up. Jackson’s solution to the problem was a folding tradies table called EasyWorks that folded out as easily as a “Yo-yo” pram. It would allow groups of workers to sit and chat at lunch or play games like checkers/chess or noughts and crosses. It was a simple idea but really got to the root of a real problem – that these youth are craving inclusion and mentoring. Being part of something is what they are looking for. Without something positive they are quick to turn to what they have always known. 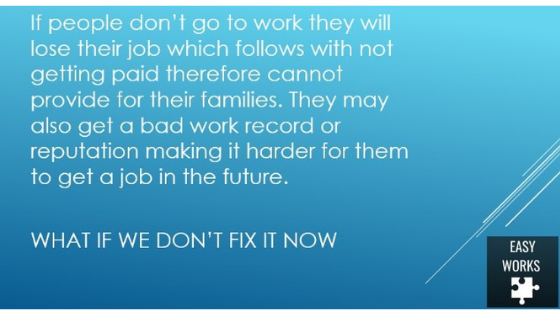 Young Change Agents is all about helping young people see problems as opportunities and I think these boys have been able to do that very well.  We have gifted the boys a Bunnings voucher so they properly prototype the tradies table and P-Tree in carpentry class.

Following the program, we asked two of the groups if they would like their ideas to be presented at the Young Change Agents' Regional Pitch Competition alongside youth from local high schools. Workmate went on to win the coveted, "People's Choice" award! The judges were impressed with the all the ideas with the Mayor of Muswellbrook Martin Rush commenting on the Workmate app, "It really appeals to me that we are letting the employee take charge of the process. I think that's fantastic. From an innovation point of view it unlocks things that don't happen at the moment. What happens if an employer is thinking, "do I really want another employee?" but when they watch the video they might think, "I've got room for that (skillset)". We can expand our business in a way we hadn't thought about because this person's got a neat set of skills that will help. That just can't happen at the moment." Although the boys weren't able to be there in person, we were able to film the judges' comments and play them for them back at the centre. They won't tell you they are proud but I could tell they were chuffed.

Thank you to Telstra Foundation for making this program possible and to the staff at the centre and school for all that they do to help our young men. We will be back.