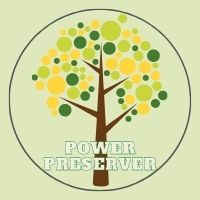 Interestingly, it has also been identified that the annual average household electricity bill costs approximately $1600 and is expected to continue to increase. The expensive figure indicates that Australian households consume too much energy.

Additionally, results from the Ernst & Young survey - completed by Queensland, New South Wales and Victorian households - suggest that approximately one in eight households have struggled to pay their electricity bills during the past 12 months. Further, numerous energy saving sources note that the continuous rise in unaffordable electricity bills may be a result of excessive energy consumption and using energy inefficient household appliances.

Thus, the average Australian households' excessive energy consumption has been identified as a problem.

What is your opportunity?

How might we enable households to become more aware of their energy consumption, in order to reduce their greenhouse gas emissions and their expensive electricity bill?

Who is your audience?

The Power Preserver App will include the following features:

The app will have a small affordable monthly fee (less than $10) which will go towards reputable climate crisis charities.